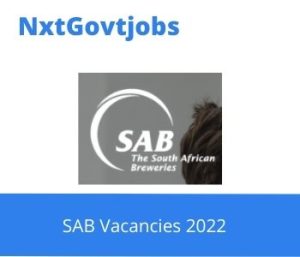 How to apply for SAB Brewing Manager Jobs in East London?

Eligible candidates can apply online for the Brewing Manager vacancies in SAB by following the below procedure.

Disclaimer:- All the active vacancies available on Nxtgovtjobs are published from the official source of their respected company/department/authority. If any respected authority has an issue regarding any post/vacancies of their company they can contact me/us at [email protected] & will remove it instantly.